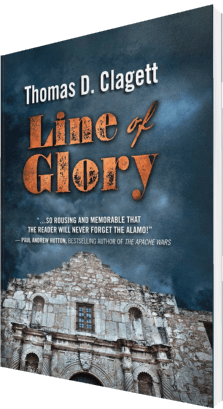 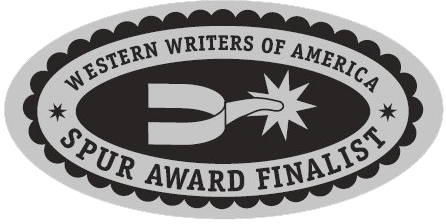 A Novel of the Alamo

The final 13 hours at the Alamo began around 5 o’clock the afternoon of March 5, 1836. Colonel William Barrett Travis drew a line in the dirt with his sword and asked all those who would stay and fight to cross it. Everyone there knew that General Santa Anna’s final attack on the fort was coming soon.

Hopes, fears and destinies played out that night for four people.

Susannah Dickinson, a woman of surprising gumption, waited inside the Alamo chapel cradling her baby daughter, Angelina, while her husband, Captain Almeron Dickinson, commanded the cannon battery atop the chapel.

Young James Taylor came to the Alamo with his brothers, Edward and George. They joined the fight to free Texas from the tyrannical rule of Santa Anna. And once that was accomplished, James vowed to find Thomas Jefferson Chambers and make him pay for what he did to their father.

“Moses” Rose, the one man who refused to cross the line Travis drew, left the Alamo in the dark of night because, he said, he “wasn’t prepared to die.”

Colonel Juan Morales, commanding the Mexican column ordered to assault Crockett and his men at the south palisade, believed attacking the Alamo to be a foolhardy waste of men. His idea was to wait for the heavy cannons to arrive and blast the weak north wall apart, or the wooden south palisade to pieces. But his real disgust was for Santa Anna, a man who allowed whims to dictate his decisions.

BUY THE BOOK
BUY ON KINDLE

Thomas D. Clagett was recently interviewed
by Voices of the West.

AS FEATURED ON THE COWBOY UP PODCAST

Listen on the official Cowboy Up website.
Image already added